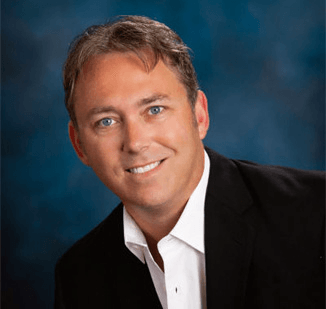 Exceptional talent is often the melding of innate gifts, seasoned by experience, tempered by challenges, and bolstered by a spirit of innovation. These attributes characterize Todd Hallett’s professional journey which began at a drafting table when he was just 19 under the tutelage of renowned architect Ron Mayotte of Mayotte and Associates. At Mayotte, Todd’s skills and work ethic were rewarded when at age 22 he became the only person in the history of this prestigious firm, except Ron Mayotte, to take on design duties. The quest to more fully understand day-to-day residential homebuilding operations, with the end goal of integrating that vital knowledge into his future architectural designs, provided the impetus in 1996 for Todd to become a member of the team at Delcor Homes in Milford, Michigan. Todd’s construction solutions contributed to the company becoming, in 1999, the first homebuilder in the nation to achieve ISO 9000 certification.

ISO certification is a set of international standards of quality measurement and assurance which result in higher quality at lower costs derived from completing work correctly the first time it is done. Within 5 years, Delcor was building 200 homes per year and nearing its goal of zero defects per home. Todd, who through the years had been involved in every aspect of this $50 million company, was named as its president in 2002. Upon the sale of Delcor, Todd and his wife, Katie, founded TK Design & Associates. Combining his exceptional design skills with his residential building expertise, Todd offers customers a unique melding of vision and practicality which results in award winning, cost effective and truly livable homes. For a record seven consecutive years, the homes he has designed have garnered the Parade of Homes top award, the Blue Ribbon Award for Best Home, from the Building Industry Association (BIA) of Southeastern Michigan. His versatility has helped him capture BIA awards for Best Home Design in the $600,000 Plus Price Range, as well as Best Home Under $300,000.

The work he began at Delcor to drive defects out of the building process led to his being honored at the 2008 International Builder Show as one of 30 individuals under 40 years old who have had the largest impact on the nation’s building industry in terms of building systems. Todd continues to lead in this area, turning his focus to green building, an outcome of a design process which focuses on increasing the efficiency of resource use, while reducing a building’s impact on human health and the environment. In 2007, Todd received the Green Build Award from the BIA.

In 2010 Todd was asked to join forces with TrueNorth Development, a company known across North America and Australia, as the leading experts in applying Lean methods to the homebuilding industry. In their search throughout the country for an Architect with muddy shoes they found Todd only 30 miles away. His talent combined with his building experience made him TrueNorth’s Architect of choice to collaborate with on Lean Design processes and procedures.

Todd’s expertise is not limited to new construction. He is also experienced in all aspects of home remodeling. He is a featured author for the quarterly “Ask the Expert” column in Women’s Day Remodeling & Makeovers magazine. In addition, Todd has designed commercial and multi-family projects throughout the U.S., including his most recent work on the Spa and Wellness Center at The Villages at Tullymoor in Stanwood, Michigan.

While awards and accolades are valued, on a professional level Todd derives ultimate satisfaction from nurturing a business built almost exclusively on referrals from previous clients. On a personal level, Todd counts his greatest achievements as his marriage to wife, Katie, and the nurturing of the couple’s four children.